A couple of weekends ago a friend invited me to see his friend do an uber cool martial arts demonstration at Kanda Myojin.

Apparently the shrine is 1,270 years old, but of course it has had to be rebuilt several times in that time due to earthquakes and fires and the like.

It is tucked away around the corner from Ochanomizu station, and I have to say I did get lost when I ended up at a different building that totally looked like a shrine but wasn’t Kanda Myojin – just a little bit embarrassing.

While the martial arts demonstration was very cool, there were also two traditional Japanese weddings going on, one after the other, and it was so lovely to see them so close up. There was also a little pony eating hay on the temple grounds – the Kanda Myojin pony.

There was also this adorable little girl all decked out in a gorgeous kimono, complete with geta and her hair all done up – she was precious! It was most likely for Shichi-Go-San as it’s nearing that time of year now.

I’ve got to run now, but I hope you all had a gorgeous weekend. We are luckily having a long weekend at the moment – true bliss!

Here’s the shrine itself.

This guy opened the show. 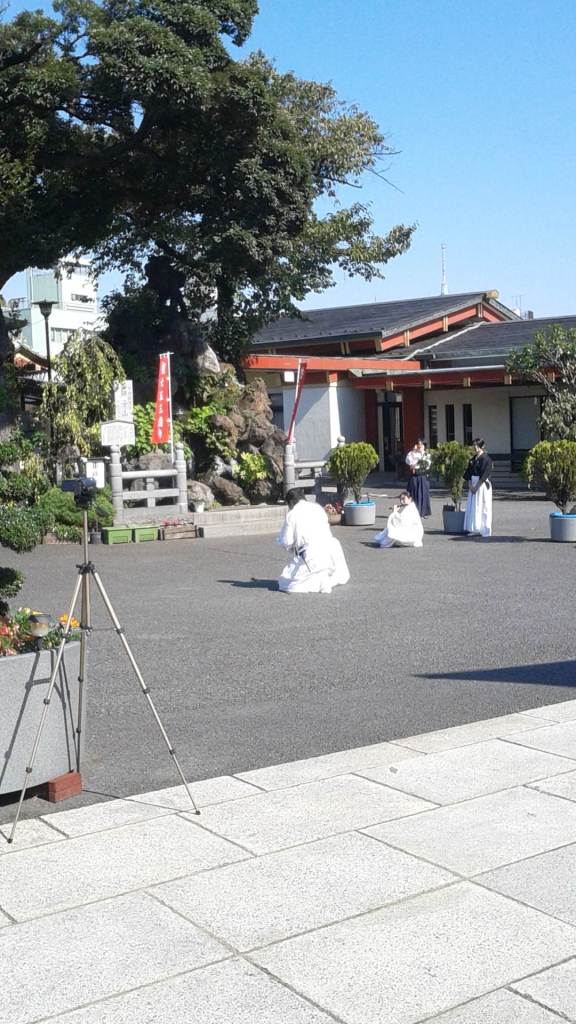 One of the wedding parties. 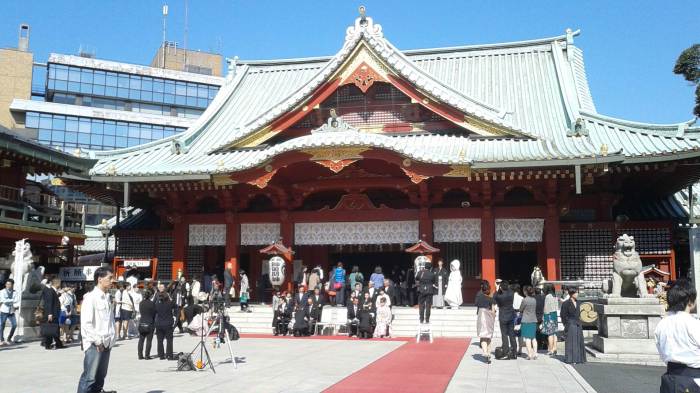 This performance was like modern dance. She lost one of her little sockette (what are they called??) thingies towards the end and a very gallant gentleman picked it up and gave it back to her a the end. Now that’s what I call a proper Cinderella story!

Giving thanks and paying their respects to the deities at the end of the performance. 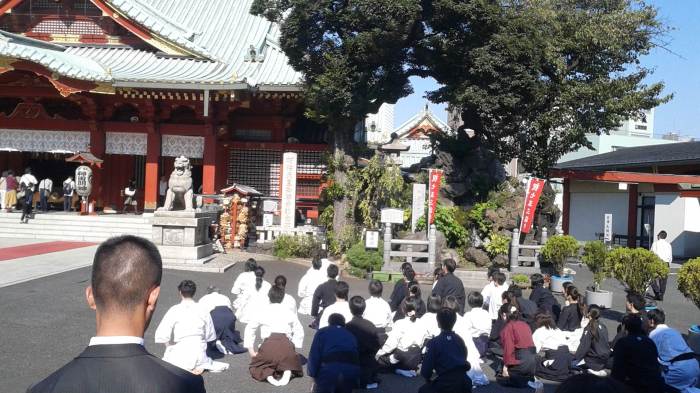 This gorgeously dressed little girl was possibly the highlight for me.

And then she was joined by her little brother – kawaii.

There was an error retrieving images from Instagram. An attempt will be remade in a few minutes.